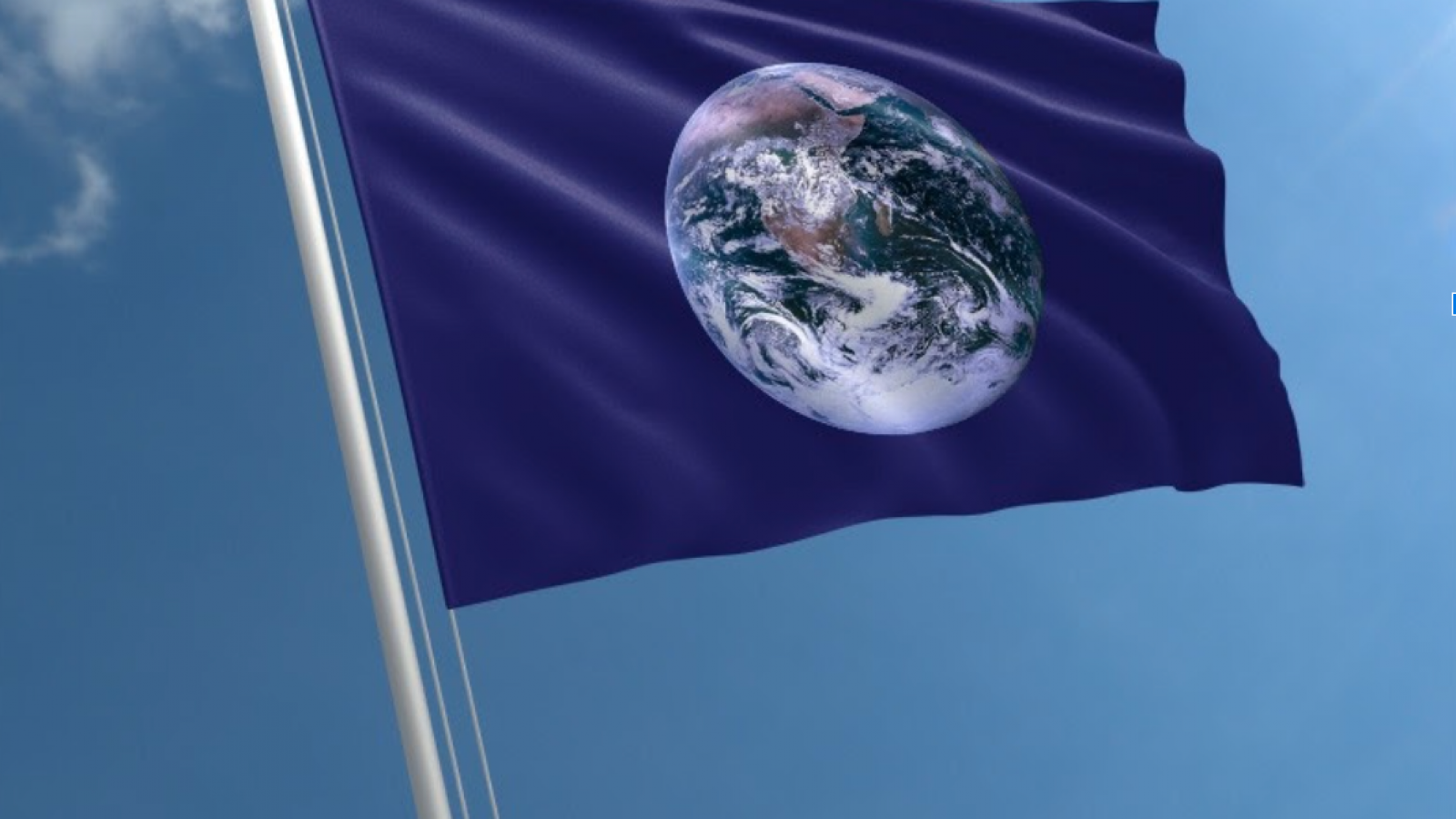 In 1970, the first Earth Day was held on 22 April in the USA. The day is seen as one of the most famous examples of the American and later global environmentalist movement. During the first Earth Day, environmentalists and others who demonstrated against pollution och for new environmental laws used different flags such as the Ecology Flag. Another example of flag creation was the Earth Peace Flag, also known as “Blue Earth Flag”, designed by peace activist Jonathan McConnell.

A flag for the Earth Day 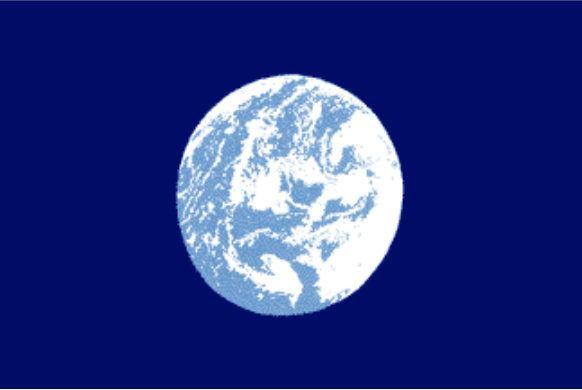 Image by Henry A. Waxman and António Martins

McConnell died in 2012 and devoted most of his life to promoting peace, ecological transformation, and world unity. During the 1960s, he was among the leading contemporary peace activists and one of Earth Day’s main creators. His idea for the flag was based on the inspiration from Apollo 10 space mission in 1969 when the American astronauts took the famous photo of the Earth.

Photo of Earthrise by Apollo 10 space mission via Wikimedia Commons.

Before the 1960s, as in 1957 after the first successful Soviet satellite Sputnik launch, McConnell wrote in favor of peaceful cooperation in exploring space for the benefit of humanity as a whole. On 22 April 1970, as the first Earth Day manifestations were held in the USA, the original flag used to look like as shown above. McConnell made it by printing photos from the Apollo space missions. One interesting fact is that the printer used by McConnell accidentally reversed the colors blue and white during printing. This resulted in oceans being color in white and landmass being colored in blue.

McConnell was also an active Christian who believed that humans should take care of the Earth and share its resources equally. In October 1969, at the UNESCO conference in San Francisco, McConnell proposed a global holiday to celebrate Earth’s life and beauty and advance peace.

This proposal later led to the creation of Earth Day in order to alert people about the need for preserving and renewing the threatened ecological balance upon which all life on Earth depends. The flag was created to, among other things, symbolize world peace, unity, and harmony. 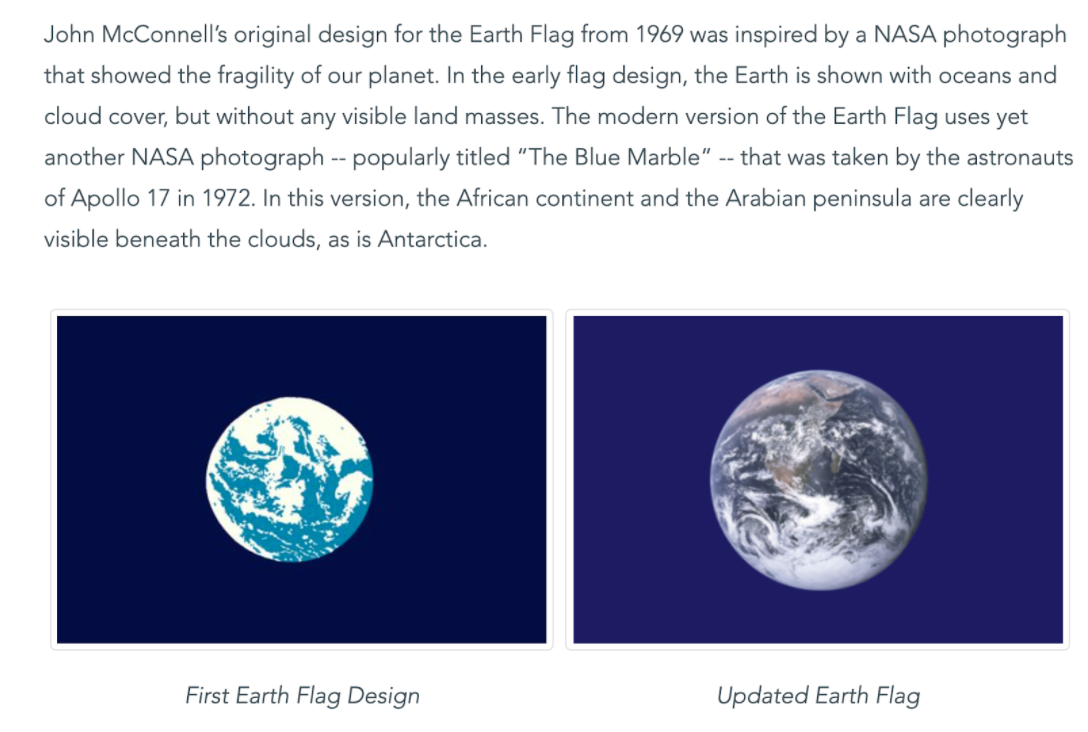 It is important to understand that the Earth Flag has different versions.  Thein the corner of the flag itself is changeable and has been updated several times concerning different space missions. 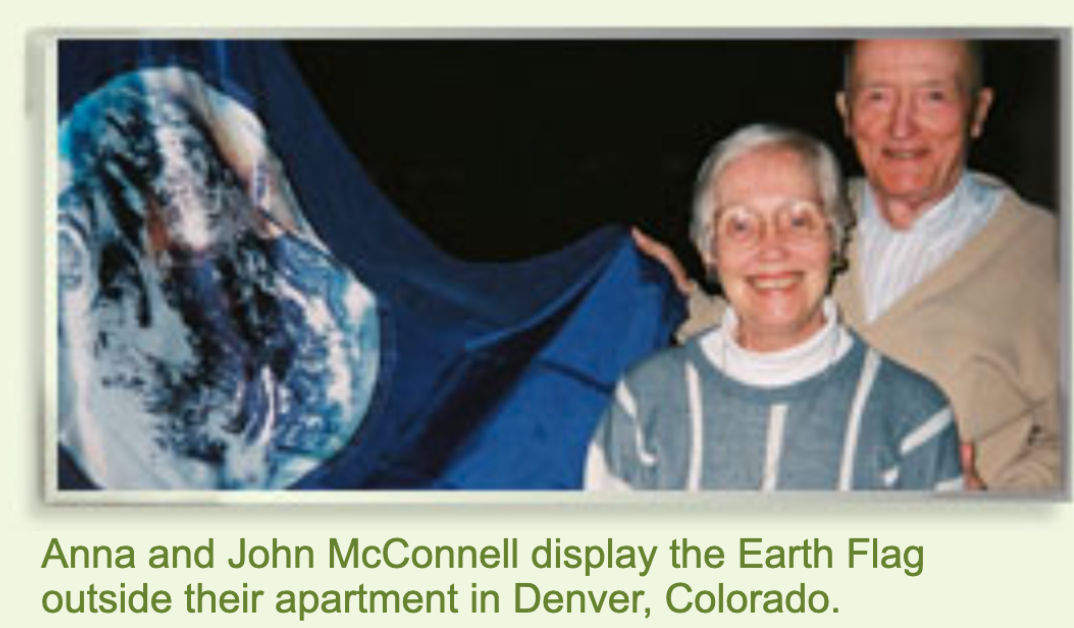 McConnel’s opinion was that governments worldwide should use the Earth Flag and initiate a global effort to halt the degradation of Earth and foster its nurture and care. During an Earth Flag Ceremony in New York in 1978, John McConnel stated the following message about the flag and its symbolism: 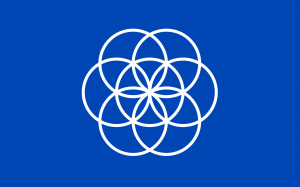 In accordance with McConnell’s vision, the EarthFlag foundation is also engaged in contributing to world peace, harmony, and unity. All humans are living under the same Sun. We are all dependent on having clean air, land, and water for our daily lives and future. We have to cooperate better to create a sustainable planet by being part of the global climate transformation and regenerative development.

The blue EarthFlag with the Seed of Life on it is now gaining a lot of popularity to also use at Earth Day, as it can truly function as a flag that represents the planet Earth and all life on it. The Earth Flag by John McConnel contains a beautiful story, yet is a flag with a picture of the Earth on it. Therefore it has a slightly different purpose.